Leaving your current job for something new is always stressful. Many people try to have everything nice and lined up, a job on the way, a new opportunity right out the door. But they are still in one door before they transition through another. Giving a proper exit to a company that you have supported with your work is an underreported career-building asset. An exit from one company will be the capstone of the career, either a highlight or a curious spotty mark against your standing which could influence how the new opportunity ahead will see you. That’s why you should spend some time writing a good resignation letter.

What is a Resignation Letter?

A resignation letter informs your employer that you will be leaving your position. It can be written as a printed letter or an email message, and it formalizes your leave from your current job.

The letter contains information about your departure from your job, such as written notification and documentation of your last day of work.

What is the Format of a Resignation Letter?

A Resignation Letter is much like a cover letter, but with a reversed intention. Instead of explaining why you want to work for a company in a personal manner, it’s about how you’re planning to leave, the when, and the where.

The essential elements are your name, the date the letter is written and tendered, a subject line, and the purpose: to state your resignation from the company. Time it out and include your last day. It’s common courtesy, and occasionally an enforced standard, that it be no less than two weeks out, so plan accordingly for that. Let them know that you’ll only be around for one more payment so they can set their new schedules accordingly.

You can provide a brief explanation for the resignation if requested, but this step is usually optional. What’s less optional and more sought after is a statement of gratitude for what the company provided you during your tenure. If your company has exit interviews or any other stepping-down procedures, write out what your plans are for participating in them and when you expect to do them. Then close out with your signature.

Why write a Resignation Letter?

Resignation letters don’t require a lot of formality most of the time. It might be good to leave because your current workplace is distant, and you suspect no one will even notice. Those cold environments still require a minimal input of your basic courtesy with a two-week notice and an exact time and day to undertake your removal from the company. Once that’s done you’re on your own and your last pay will be processed.

But not everyone works for a company like that. Some people like their jobs but know there is a better opportunity for them. Those can be hard to leave, they may even delay doing it just to keep themselves situated where they’re comfortable and welcomed. Starting a new job or new career after having established so many relationships and routines among peers can be hard. Tending a resignation letter starts the process with no way to take it back, and locks the decision in. It takes some of the suddenness away from the ending and can bring that familiar team together to help a coworker look forward to their new job in the coming weeks.

Businesses do talk with each other. If you’re listing any of your current coworkers or bosses as references (with their permission) they deserve the advanced warning rather than a sudden one-day departure. Leaving a company means the higher-ups have to reorganize and reschedule everything around the hole you leave or hire up to fill it before you’re even gone. They can’t do that in one day. Some can hardly do that in the two week minimum. Giving an advanced notice shows that you are still capable of working with them. It’s the sign of a great employee they will want to talk about positively.

What Should You Not Say?

Not all resignations are happy things with silver linings. Sometimes you just need to run, but quitting outright would be worse than staying an extra two weeks. Not all jobs will let you leave so quietly, either. Sending an official resignation letter is the kind of formal paperwork jobs like that respect the most. If you’re really just over a job and don’t ever want to go back there are things you should not say in your resignation, no matter how much you think your bosses need to hear it.

Even if your reason for leaving is personal, you should not list any specific grudges out. Leaving over a single incident or a personal slight might end up sounding like you’re blaming them for a legal issue. It might even sound like a threat. You should also never put threats in your resignation letter. Even if you’ve been threatened behind closed doors enough to get you to walk away, the words in writing carry a lot more weight than words in private.

Write for the company’s sake, not the person reading. Even if you know exactly who will be reading it, the letter will go into the company’s file, and then anyone in certain positions will have access to it. They might just keep it on hand in case you come back to bring up “old issues” or for posterity sake. You don’t want it to sound like a personal letter of complaints to a friend, because if you expect them to agree with you, all their bosses that they still have to work with will start looking at them in a negative light.

You can be honest, but be cordial. Find ways to word your grievances in diplomatic and business-neutral terms. The break room wasn’t disgusting, the “environment for employee relaxation was never kept up to the standards expected of it.” When addressing other employee behavior, avoid anything that sounds like a future lawsuit. If that happens, it will need another letter, obviously. Keep it related to the job.

Now, if you are leaving for greener pastures, try not to compare your workplaces too much, or your soon-to-be former employer might end up feeling like the loser in this scenario. No one likes being reminded how far from first place they are. Some might not believe it. Explain how important this change is to you, and how it was your decision for the betterment of your future. Keep complaints impersonal, but the positives personal. 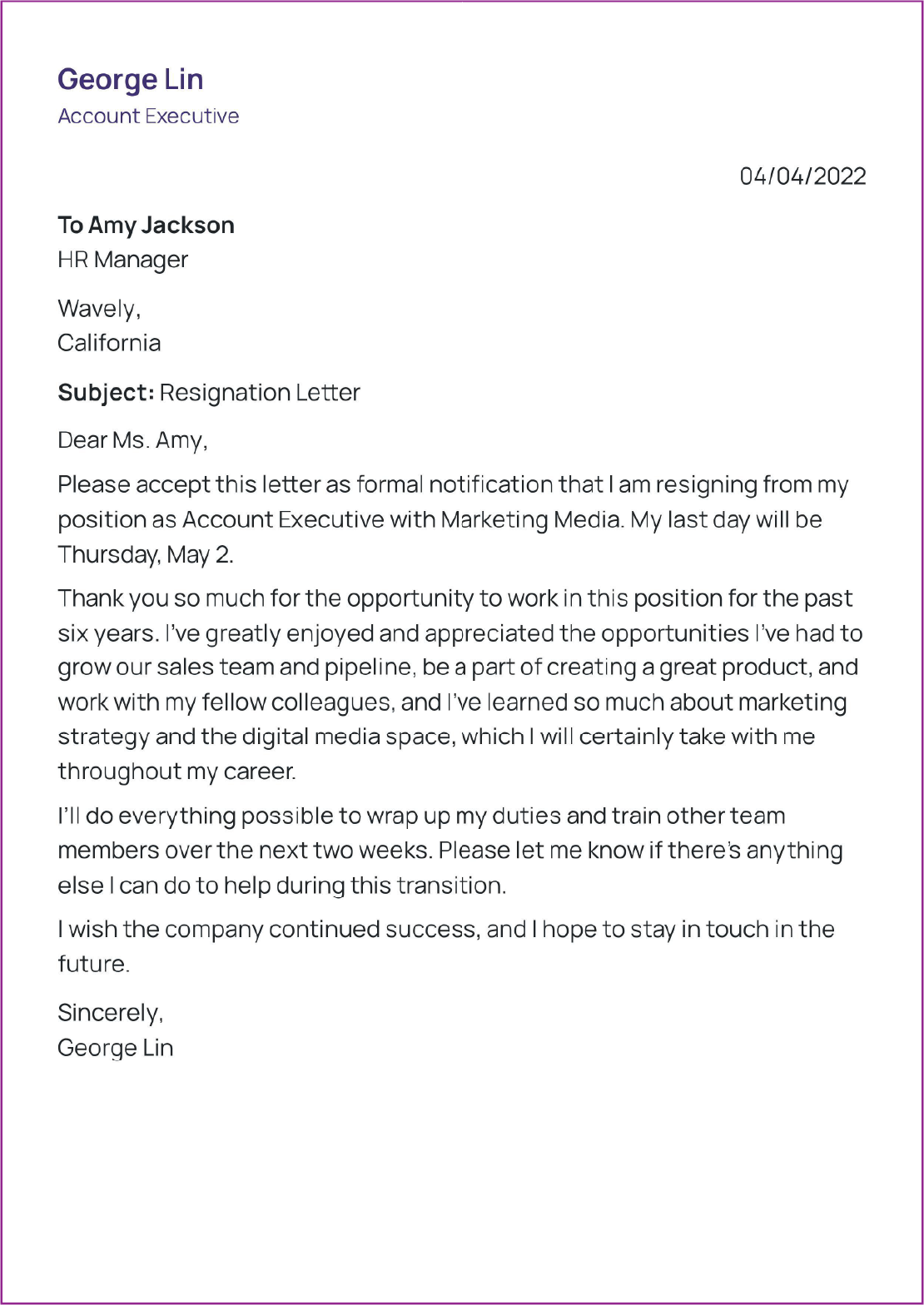 How to Offer Gratitude

When making a statement about why you’ll miss your company, be honest, and if you can’t quite fill out the space like you expected, then that’s fine. You don’t have to make the reason for leaving and gratitude sections equal in length. However, it is a good place to reflect on your time and extract something positive from your time in that job for your own benefit. This proves that, even in a negative environment, you are capable of moving forward and bettering yourself somehow. It’s a way of showing off a positive trait.

This also gives your employer an opportunity to see what aspects of their workplace environment are worth preserving, if they were what you recall the most fondly out of your time with them. It’s a small accomplishment to know that they gave you such a positive impression, or allowed you to carry forward with a crucial skill. Thank them for the opportunities and be clear what those were. What did you actually learn that has granted you this new job you’re seeking? What are you taking with you in this new brief stretch of life? Let them know what they did for you that you will take with you in your next step. And be honest about it. Don’t pull for compliments where there were none. If this part is what you leave short or leave out, so be it.

Sending your Letter of Resignation

If you’re happy that you’ve got all the right thoughts in the right places, the last thing you need to do is send it. Letters of resignation can usually go to any human resources manager or upper-level team manager, whoever is in charge of your work schedule and keeping tabs on your work in the company. You can lead the letter to them in the “Dear,” line. Just don’t write it to “anonymous” or “Whom it may concern.” Be seen as a people person on your way out.

Pick a good day to send it, too. Look forward to when your last day will be, whether it’s convenient or not, and time it out two weeks from then - or longer, if you have the chance. Most people might choose to leave on a Friday or end-of-week equivalent for their jobs so that there’s no leftover work for the next day, and everyone can have a fresh reset after the weekend with you not there anymore.

Once it’s sent you should receive some kind of notification - an email or call or knock on the door - to confirm it and plan for the next steps. Your exit interview might come earlier than you expect. Follow along with procedures and keep doing the work you know how to do until it’s time to start something brand new. 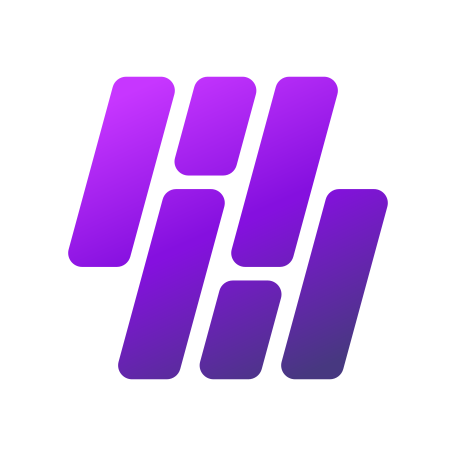 Wisedoc
Wisedoc's team of experts organizes the key learnings of career growth from recruiter's point of view and help users to add right content in their career profiles.
NAVIGATION
RESOURCES
OTHERS
SUPPORT
CONTACT US
support@wisedoc.net
©WISEDOC, INC.
Wisedoc is an advanced word processing software. With wisedoc, you can create perfect resumes, and cover letters. Additional to the Resumes, it also helps you in writing Thesis, Journals, and many more with ease.